Latest from the City... 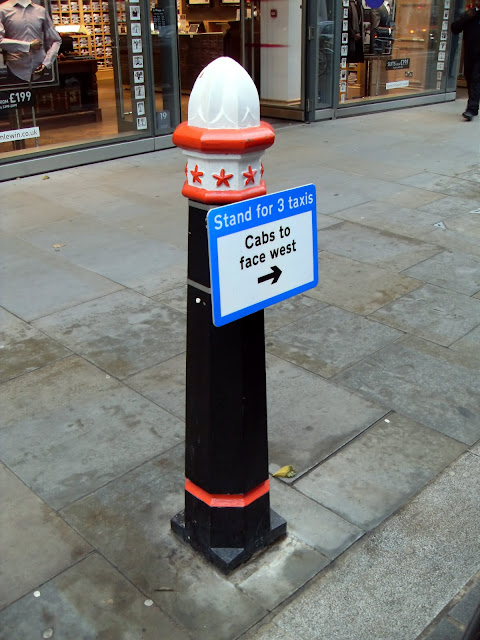 The City of London recently upgraded the roads/streets around the new shopping facility called 'New Change' on Cheapside.

Above we have a newly planted/painted bollard that marks the border to an indented taxi-cab stand/rank placed next to the shopping centre and opposite businesses.

The bollard has a small square base that immediately forms into a octagonal body that tapers slightly until it reaches a rather ornate top that resembles a juicer. The colours/paint used are the usual City of London colours of black/red and white. Attached to this particular bollard is a standard sign used across the City of London (the Square Mile) which denotes how many taxis can sit upon said stand and which direction the cabs are to face.

Bollards of London...
Posted by www.bollardsoflondon.uk at 17:34:00