The Holy Grail of Bollards...? 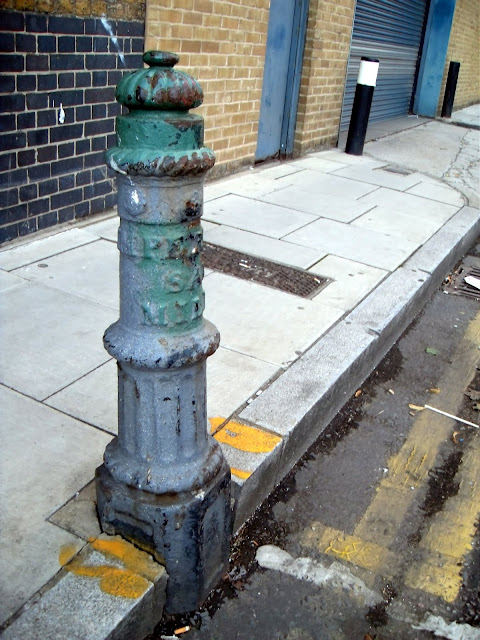 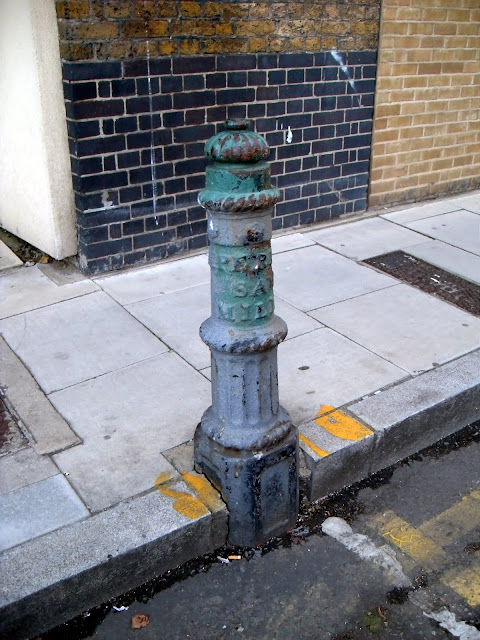 Whilst pushing (driving) my taxi-cab around the capital I end up in streets and roads that most would never walk nor even drive down and out of the corner of my eye I noticed this most amazing looking bollard that obviously dates back to the late 19th or early 20th century.

So have we found the Holy Grail of Bollards well the answer is no, but we have found a bollard with a direct link to the "Imperial Saw Mill" which used to be here in Wenlock Road. If we click on the following link we will find a page that tells a tale of bankruptcy and a Victorian past. http://www.london-gazette.co.uk/issues/25692/pages/2168/page.pdf If you read the "Adjudications" page of "The London Gazette" dated April the 15th 1887 and look at the fourth case down we can see that the businesses filed for bankruptcy in the January of 1887 and the order was made on the 7th of April 1887.

The bollard is a relic of the 19th century and part of an industrial past that has gone. However take a look around the city and amongst all the street furniture and bollards we still see a city that never fails to reinvent itself by modernising and preserving the best of the past whilst building the future. Honestly who would have thought a dandy looking Victorian bollard would have such an interesting tale to tell.

Bollards of London...
Posted by www.bollardsoflondon.uk at 09:49:00